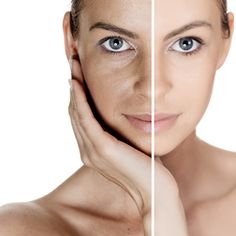 Written by Nigar Q. of Spa BPZ on August 14, 2017. Posted in Uncategorized

HIFU Skin Lifting The New Lord in the field of non –invasive face lifting and wrinkle removal High Intensity Focused Ultrasound was first applied to treat cancer and tumor. Later in the clinical experiments scientists found Transducer can focus the ultrasound energy to reach the deep layer of the skin which laser can not, and make the target tissue in the focused area solidify. Then the surrounded tissue start to shrink, resulting in the up lifted skin. Because it leaves no trace on the epidermis, it became the new concept of non-invasive skin lifting around the world. HIFU has received unanimous positive feedback since its coming out. In the 10 thousand example treatment cases, it got 99.6% degree of satisfaction, becoming the gold standard in the filed of skin lifting and wrinkle removal. Slackness is the source of the aging of the skin. No matter the overall looseness such as double chin and fuzziness of facial outline, or partial slack such as eye pouch and nasolabial folds, they are all the signs of the incoming of slackness.